Why do we rely on radios during storms and emergencies? 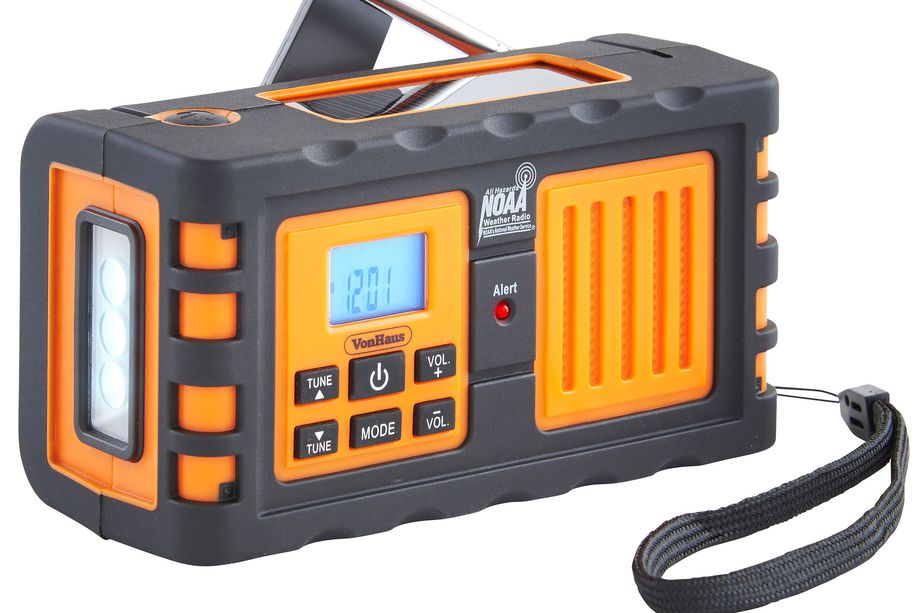 A radio is an essential part of any emergency preparedness kit, whether it’s a regular radio or an National Oceanic and Atmospheric Administration Weather Radio (or, ideally, both). But in an age where we’ve got cellular technology and smartphones with capabilities that far exceed what radio can do, why do we still rely on such old-school tech for relaying information in an emergency?

Simply put: radio travels way farther than an LTE broadcast. That makes it much easier to get a signal, and reaching as many people as possible is the first priority with emergency broadcasts.

It makes sense, too, if you think about how radio waves work. As a general rule of thumb, the higher the frequency, the more data they can transmit — but the shorter the range. Conversely, lower frequencies transmit less data, but can travel further.

Looking at the electromagnetic spectrum, traditional radio waves exist at a lower frequency: typically 525 to 1705 kHz for AM radio, and 88 to 108 MHz for FM radio (1 MHz = 1000 kHz). Hence, AM radio stations have a much longer range than FM stations, which are higher frequency and tend to be more localized.

Cellular technology — whether it’s 2G, 3G, or LTE — operates on an even higher frequency: between 700 MHz and 2,100 MHz for modern networks. While cell networks are better at transmitting tweets, uploading pictures to Instagram, and streaming Netflix because they’re faster, the signals they transmit have a much shorter range. That means you need more cellular towers to cover a similar amount of area as radio. Think of how often Sprint, AT&T, Verizon, and T-Mobile run annoying commercials bragging about which one of them has the most coverage across the country.

The NOAA uses low-frequency radio’s ability to travel long distances to its advantage. It broadcasts on an even lower frequency than AM radio, between the 162.400 MHz and 162.550 MHz frequencies. The upside of this is that it travels even farther — the downside is that typical radios aren’t capable of receiving National Weather Radio broadcasts. If you’re in an emergency zone, you’ll want to get a special NOAA Weather Radio to listen in. The agency broadcasts “warnings, watches, forecasts and other hazard information” 24 hours a day, 7 days a week. National Weather Radio also uses a 1050 Hz alert tone to notify that broadcast is coming, which allows for an even farther range.

Looking at how the NWR operates makes it clear why radio is a superior technology for emergency broadcasts. It uses 1,025 transmitters for its entire network, which covers “all 50 states, adjacent coastal waters, Puerto Rico, the US Virgin Islands, and the US Pacific Territories.” And while that may sound like a lot, it pales in comparison to the many thousands of cell towers in America — variously estimated at between 100,000 to 215,000, depending on the source and the methodology for what counts as an actual tower. And those still don’t provide reliable service to everyone.

Additionally, with both radio and cellular tech, there’s only so much bandwidth to go around. Cell towers have millions of people clamoring to use the same swath of frequency as they upload photos, send texts, and make phone calls, often at a single tower, which leads to nothing actually working reliably. Meanwhile, no one is really broadcasting on radio frequencies to clog up the signal.

So if you want something that will reach a huge number of people, and work reliably even in the worst cases, radio is the way to go.

hi, i’m typing with one hand so pls pardon errors.

this is a great article that people need to read, but there is one glaring error. in paragraph 6, you mention that noaa broadcasts on lower frequecies than am, at 162 mhz. but am is in the khz region, as you state earlier,