The Fun of CW 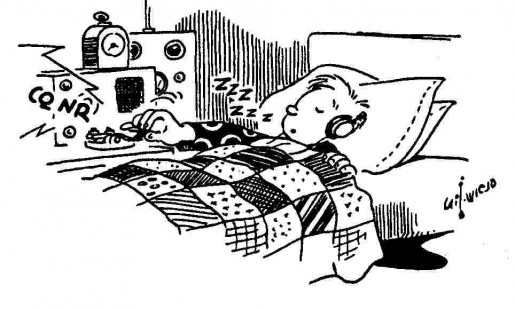 The first contact that I had with Morse Code (CW) was with the Boy Scouts. You had to learn it to achieve the rank of First Class some 50+ years ago. I can still remember attending the weekly classes to pass some type of test. Other than obtaining the new rank, I really did not know that CW would follow me for years to come.

Of course, when I got the ‘bug” to get into amateur radio I found that it was a major part of getting any type of license. The desire to get a license did not materialize until I had completed college. At that stage it was 5 wpm for your Novice license and 13 wpm for the General Class. I was lucky that I had a good teacher for the code and reached the 5wpm goal. With my new license, WN9ZQJ in hand, I can still remember those first few nervous CW contacts on 40 meters. Moving forward I worked hard at getting to 13 wpm within the 12 months of my Novice license. I rented an Instructograph from Chicago, IL and would listen to the paper code tapes every night for at least 30 minutes. When you thought that you were ready to take the General Class exam, it was necessary to go to the FCC office in Chicago. If you passed the code portion of the exam you can then take the written exam. The major hurtle to overcome was getting the confidence and lack of nerves to take the CW test in the large room with other applicants. Luckily the test was passed and I was on my way to more adventures in Ham Radio with WA9ZQJ.

With the new license privileges, the plan was to get to operate SSB and leave the CW activity behind me. Perhaps because the CW was required, there were lots of hams that showed a lack of regard for operating CW. So for a few months, I operated only SSB. I really didn’t get back to operating CW for perhaps a couple of years and actually had rigs which weren’t really very good for operating CW. Eventually I got sort of bored with the SSB and returned to CW. I also got hooked on RTTY.

Due to a lot of conflict from business travel and job responsibilities, I became inactive and finally let my license expire in the late 1990’s. Little did I know that it would not be the end of my attraction to ham radio. In 2011 I took the exams again and got my General license back without the requirement of CW. Now operating as KC9UNL, I again decided to get involved with CW operation. It is amazing that learning CW is just like learning to ride a bicycle – – you don’t forget it! After 15 years, I found an old friend in CW operating.

I can operate CW at 10-15 wpm and really enjoy it. I don’t think that speed is as important as good sending and accurate copying. During the 15 years, there have been a lot of technical developments i.e. the Internet which provides a lot of benefits. It is pleasing to find CW groups such as the SKCC and FISTS that actually promote the use of CW. They offer awards and very frequent contests or sprints which add to the operating pleasure. It is amazing to find that there are many hams that are finding the romance of operating CW even though it is not a required mode for getting your license.

I hope that this article prompts you to remember your activity with operating CW and if you enjoyed it and have quit using CW, that you will decide to try it again. Be sure to check out SKCC and FISTS. You will find others that share your interest in CW.

Handmade CW keys by RA1AOM
CW FOREVER ! You must have at times, Thought into the past, Where some things go out While others last What comes to my mind is The old Morse code, That has weathered the storms From...