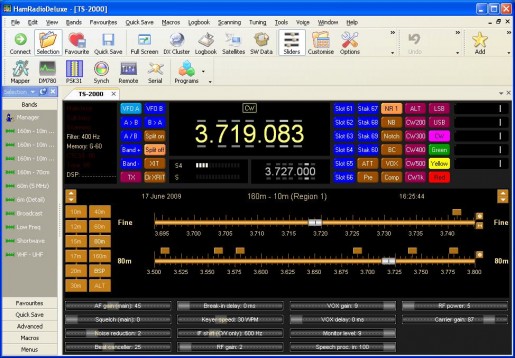 This latest version follows the release of version 5.1 on Feb 10, 2012 and is another step in the continuing project of the company to eliminate outstanding issues found in previous versions of HRD. Rick Ruhl, W4PC, co-owner and lead programmer said, “We’ll continue to update the 5.1x releases with “bug fixes” as the development of enhancements for the 6.0 release continues.

The 5.x releases of HRD are free. HRD Software LLC does have direct paid support with phone and email for the 5.1x products for an introductory price of $59.95. This pricing plan includes version 6.0 at no additional charge. The introductory price expires upon release of Ham Radio Deluxe 6.0.

2 Comments for Version 5.11a of (HRD) Ham Radio Deluxe released