Im sure most of you got the memo in your email from Ed Griffin (Wouxun.us or Import Communications) but if not, heres the news: 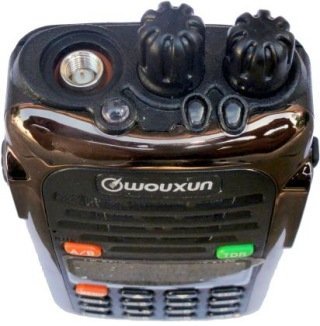 Here is the latest news on Chinese dual-band mobile radios.

On June 21 I was informed that Wouxun would supply a small number of these radios to selected dealers (max of 10). At that time they also quoted a dealer costs that I thought was outrageous. The dealer costs was almost what I have always considered the retail price would be. In an email I told them sternly that with any dealer markup at all, the radio would not sell in the US and I would decline to purchase samples.

Wouxun response was that when full production began, the dealer costs would be lower. Since I’ve invested hundreds of thousands of dollars building a market for this company over the past few years, I decided I would not let others bring this radio to market before I did. I reluctantly placed an order for 10 radios, figuring I would sell them at costs, to get them to market.

After my order was shipped, Wouxun informed me that these sample radios must NOT be sold for less than $320-$330. They went on to say “If we found you or your dealer’s end price was lower this range without our permission in advance, then we will stop supplying this model to you.”

For the past two years, I’ve repeatedly told Wouxun that this radio must sell for no more than $250-$275 for it to be competitive with the big three Japanese companies. It appears this advice has fallen on deaf ears.

These pre-production radios lack some of the features the full-production radios will have. These will not be FCC Certified for Part 90 use. They will have narrow band capability but will not have the 2.5 kHz tuning step required for Part 90 radios beginning in 2013. The frequency range will be RX:136-174 & 350-480 and TX: 136-174 & 400-480. They did not indicate if any wide-band receive, such as 118 MHz AM, would be available on these pre-production models.

Although these radios may lack some of the bells and whistles we’ve expected, I imagine they will still be good dual band radios for the ham market. BUT, I still don’t feel they are worth $325.

Frankly, this sounds like a good deal to me, with the free HT (credit to Mr. Griffin) but as someone who has waited for a good long while and then gave up for a Yaesu I think this is pretty foul of Wouxun to do to it’s distributor.

I apologize if this thread is off topic and if it was placed in the wrong sub-forum.
I thought some of you might like to know.