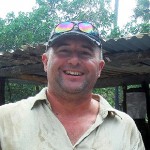 Ministry of Defense is conducting an investigation into the operations and conduct of Ivan Borazanko 4S7DXG/UR9IDX after the Radio Society of Sri Lanka made representations to the authorities. It is established by the authorities that he smuggled in transmitting equipment into the country which is a criminal offense, and was never given permission to operate portable AS171 at any time even though he operated claiming AS171 in 2008 and in 2011. He also operated without a license in 2010 November on 160m presumably from the Ukraine. He has fled the country dodging arrest. This is totally against the principles of Amateur Radio and has endangered all future licenses to Foreigners in Sri Lanka. However, the RSSL will see that this doesn’t happen to genuine radio amateurs who the RSSL has always encouraged and who have shown their good-will to Sri Lanka and especially during the Tsunami.

The RSSL will always assist foreign radio amateurs to operate from Sri Lanka and its AS171 islands. Ivan Borazanko vioilated radio regulations, the penal code of the country and even insulted the officials of the national amateur radio society which even recommended him in 2003 in good faith, until he started violating the regulations of the country.

Such people bring the sacred trust we have in radio amateurs and if such people are allowed to get away with such activities, the international community will have to first find out whether every radio amateur is a valid operator before making contacts and sending QSLs.

In light of continued activity by 4S7DXG, further information has been forwarded to DX World.net. The full details, provided by a highly reliable source in Sri Lanka are shown below. In short, do not work this guy.

I am very sorry about the situation with 4S7DXG/P Ivan.  As an active ham radio operator I know how concerned you are.  Ivan is a very bad man with absolutely no moral and ethical operating practices.  He has in the past operated without a valid callsign with smuggled equipment which is a serious violation of the laws of Sri Lanka. When he first came to Sri Lanka the RSSL assisted him as they do all radio amateurs, and even loaned him equipment. Having obtained his Sri Lankan license he operated from Sri Lanka – pretending to operate from the Maldives. He also operated from Colombo, claiming to operate from AS-171 Barbaryn.  He has also operated from the Ukraine using 4S7DXG/p.  For all we currently know he might even be operating from outside Sri Lanka.

The Sri Lankan license is issued to guests, suffix ‘G’ for a specific period and a fixed location. Late last year he approached the RSSL to get clearance, but was refused. He said he would bribe his way through.  Finally a few weeks ago it transpired that he had approached a politician and got a letter of clearance from the Ministry of Defense, maybe even surreptitiously to grant him a license. The Ministry isn’t aware of his true nature.  Having got it he had the audacity to give nuisance calls to the Sri Lankan radio club President, and even put defaced photos of 4S7DF and 4S7VK on QRZ.com. This is not ham radio.

He has been reported to the authorities and the Sri Lankan customs as he has brought in equipment without clearance.  He has been operating hoodwinking amateurs pretending to operate/or operating from AS-171 without permission.  He has published photographs from the island with the lighthouse keeper which will land the lighthouse keeper in serious trouble as the island is a high security zone and no one is allowed to land without the permission of the Harbour Master.  He is talking about Delft AS-171. He doesn’t know that AS-171 is only Barbaryn and the islands in the map he shows are high security islands.

If you see his website (QRZ) you will see how he is even holding an automatic weapon off a navy soldier. The poor boy will get into serious trouble.  He is claiming to operate from Delft. Kind, unsuspecting people who are nice to foreigners in Sri Lanka and even probably kind enough to pose for photographs, are in serious trouble as this man cares for nobody but how he can use them for his benefit. Nobody is going all out to get him arrested because in the run up so many unsuspecting people will fall into serious trouble.  But the Ministry of Defense have been informed.

You decide what he is.  As for IOTA/DXCC whether your contact will be valid or not is your guess. IOTA and DXCC have been informed as well.