In an episode tentatively scheduled to air Friday, March 15, the hit ABC comedy Last Man Standing — starring Tim Allen as Mike Baxter, KA0XTT — will feature a secondary ham radio storyline. This is the first time that the show will highlight Amateur Radio in its plot, showing various cast members on the air and communicating via ham radio. 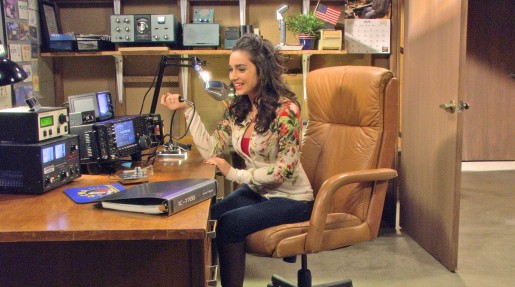 In an episode of Last Man Standing to air March 15, Mandy Baxter (played by Molly Ephraim) loses her technology privileges and discovers her father’s ham shack in the basement of their house. Photo by ABC

In Episode 217 — called “The Fight” — Mike’s daughter Mandy (played by Molly Ephraim), gets her cell phone taken away as punishment. She discovers Mike’s home shack in the basement and uses ham radio to make faraway friends. According to Last Man Standing Producer John Amodeo, NN6JA, the home shack is a brand new set built just for this episode. The ARRL provided many of the awards and certificates — including 5 Band DXCC, 5 Band Worked All States, 5 Band Worked All Continents, VUCC (for 50 MHz), the Diamond DXCC Challenge and the Morse Code Proficiency Certificate — seen on Mike Baxter’s home shack wall. 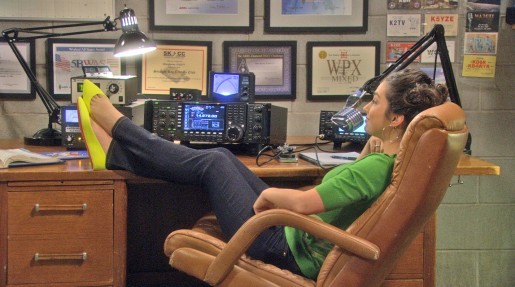 “As a ham, I am very excited to be able to have an episode that presents our hobby in an upbeat and positive way,” Amodeo told the ARRL. “As a television producer, I am pleased to present a very funny episode for our more than 7 million viewers. This episode will feature more ham gear than seen in mainstream movies such as Frequency, Contact and Super 8 — all great films that had Amateur Radio in them. It’s worth noting that although hams will enjoy the episode, it was written with our 7 million non-ham viewers in mind. Please be prepared for some inconsistencies related to Amateur Radio, but enjoy the show nevertheless.”

Last Man Standing is produced by 20th Century Fox for the ABC Television Network and airs on Friday nights at 8 PM Eastern and Pacific and 7 PM Central.