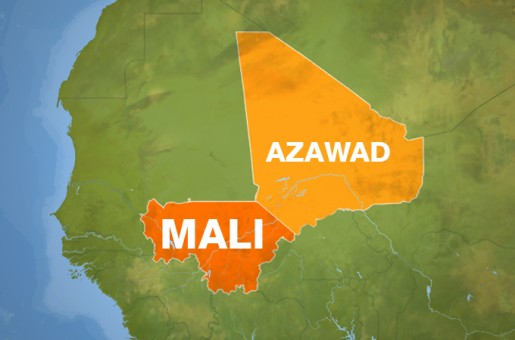 Mali’s Tuareg rebel National Movement for the Liberation of Azawad (MNLA) and Ansar Dine Islamist militants have agreed to merge and create an independent Islamic state in the north of the country, a rebel spokesman said on Saturday.

The deal between MNLA, which has said it wants an independent secular state in the north, and the al Qaeda-linked Salafist Ansar Dine, which had wanted to impose Sharia across Mali, may complicate international efforts to stabilise Mali after a March coup that plunged the country into chaos.

“The agreement reached this evening will see the merging of the two movements – the MNLA and Ansar Dine – to create an independent Islamic state,” MNLA spokesman Mohamed Ag Attaher told Reuters by phone from Gao, in the north of Mali where the deal was signed.

“It will also see the merging of our two forces and the appointment of an executive authority for the Azawad state,” Attaher said, referring to the northern regions of Kidal, Gao and Timbuktu.

Celebratory gunfire was heard across the city of Gao and Timbuktu after news of the agreement, residents said.

The MNLA separatists, backed by Ansar Dine and other armed groups, taking advantage of a March 22 coup in Bamako, swept through Azawad in April, seizing an area bigger than France.

In the capital Bamako, efforts by regional neighbours to reinstate a civilian government and tackle the rebel occupation, have met with repeated setbacks as the junta seeks to continue to play a role in government.

THE people of Azawad have today, Friday April 6 2012, formally declared their irrevocable independence.

The statement from the National Movement for the Liberation of Azawad (Mouvement National De Liberation de l’Azawad – MNLA) refers to the “complete liberation of the territory of Azawad” achieved in the remarkable final uprising which began in January this year. 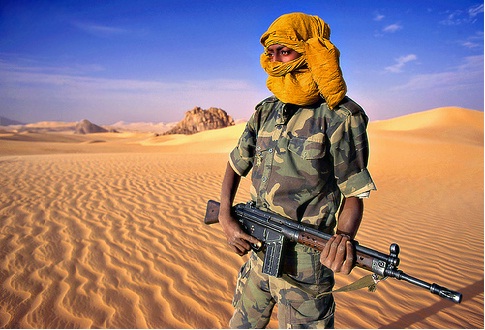 It recalls that in 1960 Azawad was attached to the state of Mali, created by France – the former colonial power – without the consent of its people.

It condemns the “inhuman behaviour” of Mali in using various droughts (1967, 1973, 1984, 2010….) to try and wipe out the people of Azaward at the same time as it had asked for and received generous humanitarian aid from overseas.

The statement says that the accumulation of more than 50 years of bad governance, corruption and political-financial-military collusion had put the existnce of the Azawad people at risk and endangered the stability of the sub-region and international peace.

Announcing the permanence of the borders of the liberated territory and Azawad’s total commitment to the United Nations charter, the statement calls on the international community to recognise the new independent state of Azawad with minimum delay.

Azawad consists of the regions of Timbuktu, Kidal, Gao, as well as a part of Mopti region and borders Mali and Burkina Faso to the south, Mauritania to the west and northwest, Algeria to the north, and Niger to the east and southeast. It straddles a portion of the Sahara and the Sahelian zone.

Azawad is said to be an Arabic corruption of the Berber word “Azawagh”, a dry river basin that covers western Niger, northeastern Mali, and southern Algeria. The name translates to “land of transhumance”.

DXpedition & Contesting DVDs by 9V1YC
Professionally produced, broadcast-quality documentaries from some of Amateur Radio's most exciting events are now available on DVD. See what its like behind the scenes at some of the most famous DXpeditions...