New Digital Modes Gain Traction for Moonbounce, but Occasionally Show Up on HF.

In December, Joe Taylor, K1JT, released the latest version (1.7) of his WSJT-X software suite, designed to facilitate basic Amateur Radio communication using very weak signals (WSJT stands for “Weak Signal communication by K1JT”). Version 1.7 included the new modes MSK144 and QRA64, as well as ISCAT (ionospheric scatter). MSK144 and QRA64 (and QRA64A) are finding a home within the VHF Earth-Moon-Earth (EME, or moonbounce) and meteor-scatter communities, but QRA64A signals also have turned up on 160 meters, which poses its own challenges to weak signals.

“QRA64A QSOs are being made nightly on 160 meters, of all places, and QRA64 activity on 2-meter EME is becoming significant, especially on weekends,” Taylor remarked in a January 9 update posted to the Moon-Net reflector, pointing out that QRA64 is decoding signals down to about –28 dB signal-to-noise.

But Taylor does not advise a wholesale shift to the use of QRA64 on the HF bands — at least just yet. “It’s okay to play with and test QRA64 at HF, if you wish,” he commented recently on the WSJT Development discussion group. “Some of our earliest tests of the mode were done on the 20-meter and 30-meter bands.” He suggested, though, that HF operators stick with JT65, “not least because, at present, we have included no ‘multi-decode’ capability for the QRA64 decoder. It’s made to decode just one signal in the passband.” 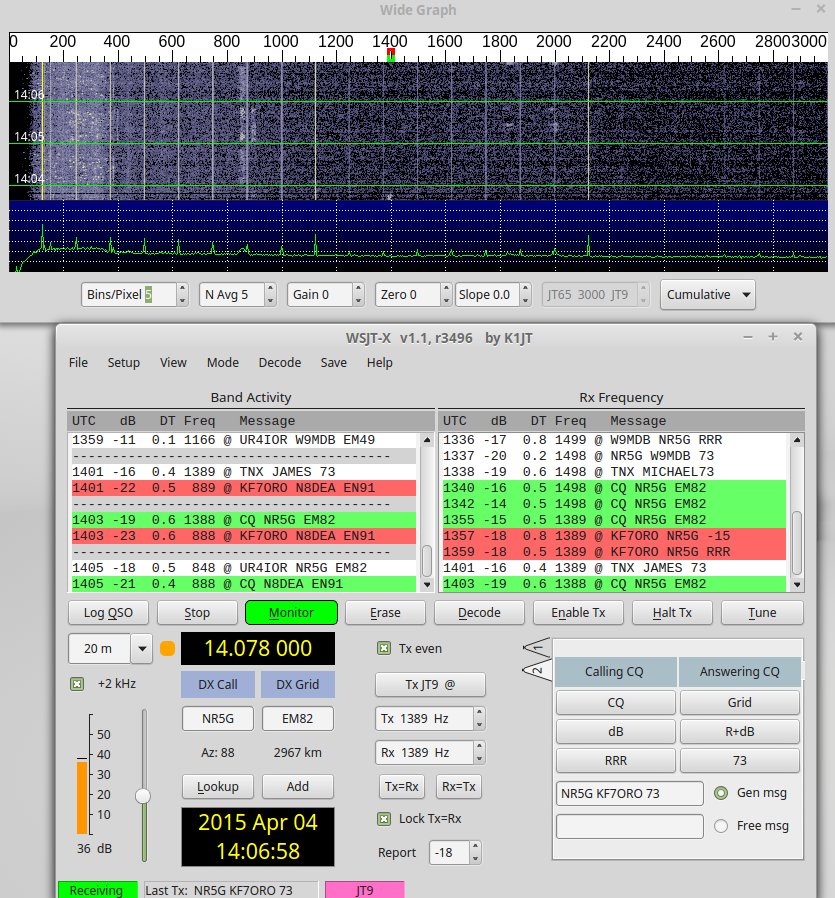 In the WSJT-X Version 1.7 User Guide, Taylor pointed out QRA64’s several advantages over JT65, including better performance on the very weakest signals. “We imagine that, over time, it may replace JT65 for EME use,” he wrote. “JT9 was originally designed for the LF, MF, and lower HF bands. Its submode JT9A is 2 dB more sensitive than JT65, while using less than 10% of the bandwidth.”

Taylor told ARRL that he expects JT65 and JT9 to remain the preferred modes for making “minimal QSOs” at HF for some years to come. “QRA64 is 1-3 dB more sensitive than JT65 or JT9; this is important for EME, but much less so at HF, because one can usually run 20 W instead of 10 W, when the going gets rough.”

These modes use 1-minute timed sequences of alternating transmission and reception, so a basic contact can take up to 6 minutes — two or three transmissions by each station, one transmitting on odd UTC minutes and the other on even.

Taylor said that MSK144 “is quickly becoming the mode for meteor scatter,” at least in North America and Europe. “Unlike FSK441 — the older standard mode for meteor scatter — MSK144 uses strong error correction and JT65-like messages. Messages are displayed in complete form or not at all, and false decodes are rare. Last week, we introduced an ‘SWL’ feature that allows decoding of MSK144 ‘Sh’ (short) messages directed to someone other than yourself.”