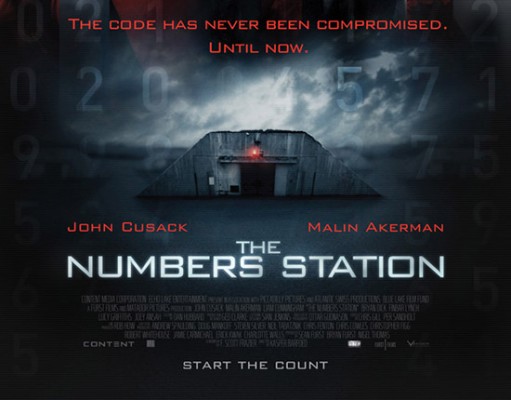 A former black ops agent and the young woman he’s assigned to protect fight for survival after a surprise attack.

No one has ever truly confirmed the full intent of the numbers Station. For decades — since WWII, some say since WWI — shortwave broadcasts around the world have repeated strings of numbers for unknown recipients. The voices are male and female, some children, some synthesized. Supposedly the stations are government-maintained, the numbers strings of one-time pad code. None have ever been acknowledged in an official capacity. Some still broadcast.

The stations have invaded popular consciousness in small ways: a huge collection of recordings was released as The Conet Project; one of those recordings found its way into Wilco’s song ‘Poor Places;’ another is used in ‘Gyroscope‘ by Boards of Canada. The show Lost famously used the idea of the stations as part of its incorporation of a string of powerful numbers into the main storyline.

The Numbers Station is scheduled for release in the US on April 26.